Posted by wildwoman on Jan 6, 2017 in Workshops | No Comments
PILOT WORKSHOP AT THE WHITE BUILDING
November 30th 2016
What’s the point?
We all know the pattern. We’ve seen it before. We’ve seen it happen in New York, London, Berlin. In Dumbo and Williamsburg. In Soho. In Hoxton and Shoreditch. In Prenzlauer Berg. Artists and creatives move into a cheap, troubled or unloved place and make it vibrant, exciting or just plain interesting. Then as sure as anything, along come developers who bring their cash, make lots of money fast and bring new people into the area. You know how this story ends. Rent costs rise and the artists are moved on to start again somewhere else. 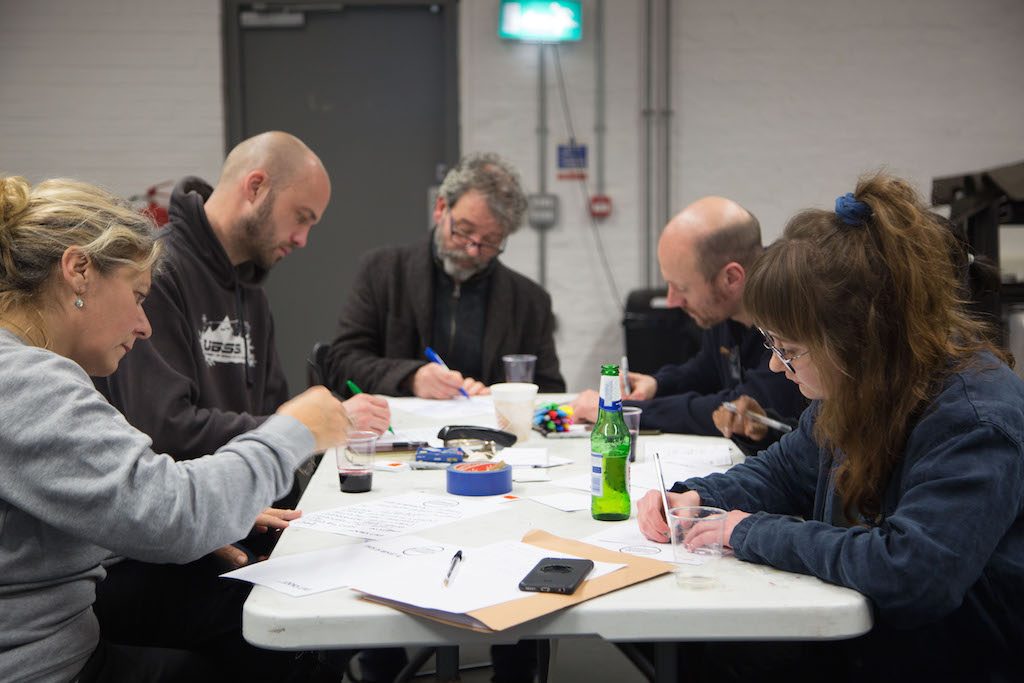 So we designed a workshop to explore what Humane Regeneration might look and feel and act like. To ask some questions and to start to create another pragmatic version of what a different type of regeneration could be.

Late in November we ran a pilot with a group of intrepid participants – Dionne, Lily, Paul, Simon, Nick and Louise – at the White Building in Hackney Wick, where our studio is based. They run plenty of experimental arts works and participatory practice sessions, and this felt like a good place to try something new out. Here’s what happens when you bring a group of people together to dream a little…. 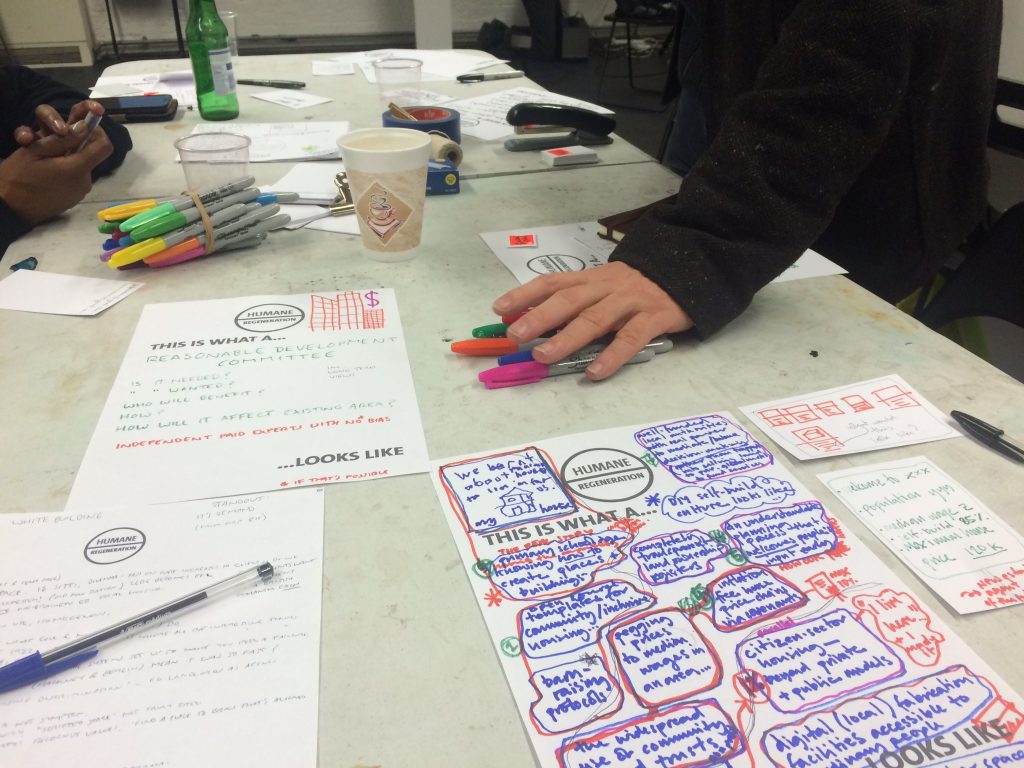 The workshop was designed as a hands-on, interactive session. Ahead of time we asked everyone coming to be prepared to get their sleeves rolled up, bring their imagination as well as their inspiration. We brought the tools and methods and asked them to bring their observations of what they see now. We asked people to both chew over ideas and to physically make things; to explore what makes us all feel disrupted by what we experience as the current forms and impacts of regeneration, and then moved into designing materials for an alternative future. We asked for direct experiences. And we asked participants – to suspend their disbelief – and that is very difficult when you are feeling the precarity of temporary living, or surrounded by cranes and trucks filled with materials, or walk past estate agents with expensive flats for rent, as we see here in East London.

The first stage of the workshop asked people about the way that they personally experience regeneration:

The responses were collated into a list that became our inspiration for what else might be possible. This is always a challenge because listing these kinds of forces can really bring people down, and easily becomes overwhelming. Our job and expertise as the workshop designers and facilitators is to keep the group moving –  taking them rapidly from overwhelming to productive states without losing heart or enthusiasm.

In the second stage we gave everyone a bag full of ‘blanks’ – blank paper, cards, tags, envelopes and cardboard boxes. The idea being that they could transform these objects into evidence of an alternative future. Using existing forms as blanks helps people to project ideas onto them easily. It makes it much easier for people who are unfamiliar with using design techniques to use familiar materials to start with.

(Making service evidence is something that Plot is especially experienced in and that we find really inspiring so we’ve written a few articles about it. Here is one of them.)

The act of embodying an idea and making or adapting something that expresses an idea rapidly helps to make it real. So we encouraged our group of participants to all take their ideas a leap further.At this point in the workshop where the whole mood lifted up a notch. As people sat and thought, or just got stuck into taking cards, or tags, or just scribbling on paper it felt like there was a different kind of energy in the room. We took some time to note these ideas down, make some things, and then shared them with each other. As with any kind of visioning process, there is always a stage where the idea needs protecting from a reality filter, just for that particular moment of articulating, so that it can exist as a possibility (even if your intuition tells you that in our current context it would be impossible). That’s why we asked everybody to suspend their disbelief for the duration of the workshop, and for the moment, ask you, the reader to do the same. Because we can bring in reality later. Right now what we really need is a new kind of vision. This can only happen when anything is possible for long enough to be considered.

Here’s a snapshot of some of the ideas that came out:

Temporary living support when you need it in the form of highly adaptable housing and loans. This idea was based on reinvesting capital gains tax into social housing, and by outlawing private landlords, so that only non-profits can rent out homes to people.Re-thinking the face of planning

An inviting, High Street space for a more open and authentic approach to public planning consultation. The space also acts as a place to talk, relax, share ideas, eat and drink

A new service for people that is highly adaptable to their needs – both housing and on-site help to support people including advisory services such as heating options, social events, kits to grow your own food at home. Each tenant gets a named ‘empathy officer’ who calls round to see what a tenant needs from the service. It takes its inspiration from ‘agile’ design methods

A new build programme of affordable homes – we have an artificial scarcity in the UK where only 7% of the country is built upon. Local fabrication processes can be engaged in making these new citizen sector housing builds that cater for ordinary people. Open source templates exist and building know-how is pooled and shared. Prices are pegged to median wages in the location.

What about a Humane Consultation process? What would that look like?

A humane consultation process could involve earlier consultation – not when decisions have already been made, and the only thing that is being consulted is about whether it is down to one type of brick or another. It should be visible – not buried in a website. It could be accessible – in plain speaking, and with the constraints or trade-off’s outlined for people clearly. It could be questionable – not set in stone, but adaptable. It could be reversible – if the facts or people opinions changed significantly enough over time. What if it was piloted by the LLDC? 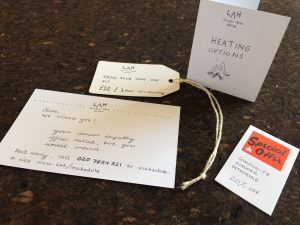 One of the participants was particularly articulate about what he imagined:

“What about a socially inclusive planning process, a blank canvas which empowers a range of different people to create, actualise and build upon each others efforts to build a better society?” 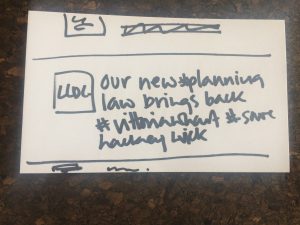 Further thoughts and what’s next

Some clear desires came out of our discussion around affordable housing and planning processes. Some of the ideas overlapped in a symbiotic way, and their similarity demonstrates how particular issues are being experienced and thought about by people.

The pilot went really well so we know that this is a successful workshop. It could be used in a community setting (with some gentle adaptations) or in a conference or as a part of event. The challenge is that we have created a means for greeting these ideas, but right now there is nowhere obvious for these ideas to go to. We are very much interested in taking this further into other audiences and would love hear from people who might have some ideas about who else we can start the conversation about moving towards a more humane regeneration.