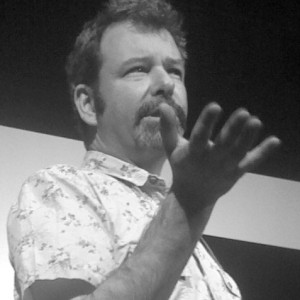 Interaction Design:
Nick has immersed himself in interaction design and the strategic use of design for innovation since the early nineties. Coming from a background in conceptual art, environmental installation, and time-based media, he graduated from the Computer Related Design programme at the Royal College of Art in 1994.

Silicon Valley:
He spent four years in Silicon Valley with Taligent and IBM as an Interaction Designer developing graphical interfaces for the ‘Pink’/Commonpoint operating system, groupware products such as ‘Places for project teams’; and the cult early social-software service ‘Meeting Center’ with the San Francisco start-up 280 inc.

Teaching:
On return to the UK to teach Interaction Design at the Royal College of Art from 1998 to 2001, he pioneered the fledgling practise and perspective of Service Design with a new generation of web-native students, developing methods of prototyping services such as ‘evidencing’. Design research projects from this time include FLIRT, which explored location-based recreational media in Helsinki in 1998, and the ‘bubble engine’ project which explored the politics of hyperlinks at Maastricht’s Jan Van Eyck Academy in 1999. This culminated in the Issue Network Mapping symposium in Amsterdam. At Interaction Design Institute Ivrea in 2004 he led their ‘Applied Dreams’ collaboration with Hitachi.

Design Practice:
He balanced these research explorations with commercial interaction design strategy for clients at Metadesign, Icon MediaLab and Futurebrand Digital: Orange, Skoda, Bosch, Telia, GSK, MSDW, Bank of America, Artranspennine 98, Netaid UN/Cisco, Telefonica, Lastminute.com, UPC/Chello, and Peoplecom. Post dot-com mayhem Nick became a ‘visiting professor’ at the branding consultancy Interbrand, working on the complex relationship between user-centered research and brand strategy, and the macro-micro relationships between brand and information architecture. Here he explores ways of articulating new service propositions as a means to rethink and reposition client brands including Orange, Costa Coffee, the Cooperative, and Intercontinental Hotels. As an advisor to and mentor for the UK Design Council’s Humanising Technology project, which connected early-stage emerging technology startups with design thinking, he developed an ongoing partnership with Gill Wildman with whom he co-founded Plot in 2004.

Cities and Wayfinding:
An opportunity to become involved at the intersection of urban design strategy and interaction design with the Bristol Legible City initiative led to an environmental design effectiveness award for a much-mimicked wayfinding system widely held up as a best-practise example of urban design. He was a consultant to the follow-up Legible London project, Bath’s Movement and Public Realm Strategy, and the pioneering green Masdar City project in Abu Dhabi in collaboration with CityID.

Tangible Interactions:
For the past three years Nick has consolidated his commercial and academic experience as Track Chair of the Masters of Tangible Interaction Design programme at Carnegie Mellon University in Pittsburgh, after two years teaching in the School of Design where he occupied the Nierenberg Chair of Design alongside Gill.

Here’s a recent talk Nick made about data and surveillance.

Session 2: Nick Durrant from CMU School of Architecture on Vimeo. 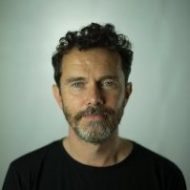 “Gill is really good at facilitation. Her skills at this are amazing. She’s very adaptable.”